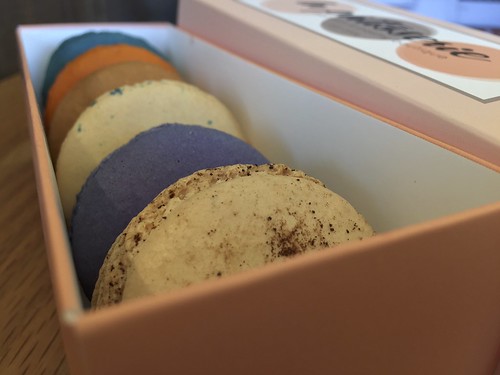 July 20th, ’17 – Only been to their Burnet Rd / Crestview location and only once. Tried the Opera Cake and some coffee – and also their WiFi to get some “work” done.

BTW, did not pay attention but they do also have a small lunch menu. Had I seen that I would definitely have tried that instead of the dessert as it was high time for lunch. I ended up getting burger at the Twisted Root Burger Co. Not that I regret that decision but I really didn’t the extra calories 🙁

I did pick some macaroons to go with me.